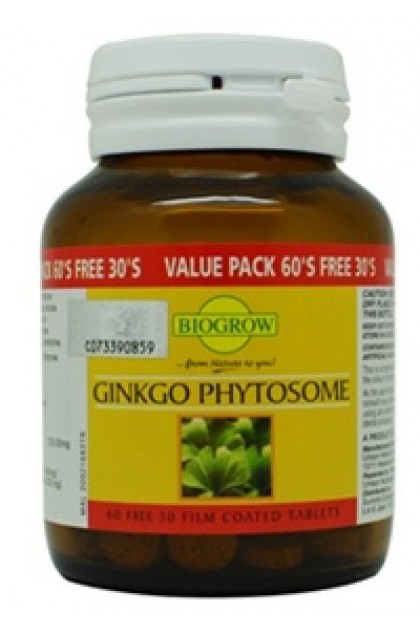 BIOGROW GINKGO PHYTOSOME is a herbal combination between the standardized extract of ginkgo biloba containing 24% ginkgo flavonglycosides and phosphatidylcholine using a patented process which is a medical breakthrough in herbal medicine.

*This is a traditional medicine made from natural ingredients. As such, the color of the film coated tablets may vary from batch to batch.  The use of Ginkgo may increase the tendency of bleeding. Please consult your physician/pharmacist if you are on or intended to start using any other medicines and before you undergo surgical/dental procedure.